In Governor Baker’s interim Clean Energy and Climate Plan for 2030, Massachusetts will ban the sale of new gas powered vehicles. This effort will be made in an attempt to reduce the state’s carbon emissions by 45%, paving the way for the target net-zero emissions by 2050. According to Morgan Folger, director of Zero Carbon Campaign at Environment America, transportation is one of the largest sources of global warming pollution in Massachusetts, accounting for 40% of greenhouse gas emissions. Passenger cars are responsible for about 27% of all carbon emissions, as stated by Massachusetts Executive Office of Energy and Environmental Affairs.

Although a state-wide switch to electric vehicles will play a considerable role in mitigating our carbon emissions, increased electrification could boost national consumption of electricity as much as 38% by 2050, according to the U.S. Department of Energy. Electric vehicles play a huge part in this. Therefore, to truly see the environmental benefit that electric cars can have, generating renewable energy sources is pivotal.
Despite Baker’s Plan for 2030, electric cars have already seen a spike in retail sales. According to Cox Automotive, the first quarter of 2021 saw an 81% increase in EV sales. The chart below shows fast-paced industry growth in hybrid and electric motor vehicles in 2021 alone compared to 2020.

While promoting electric vehicles is a step in the right direction for mitigating our expenditure of carbon emissions, it increases the demand for electricity which is something utility and power generators must grapple with. Infrastructure and grid upgrades will vary by region. As EV increases in popularity in Massachusetts, local distribution of electricity will need to be more reliable and readily available– the key role in maintaining this is through adopting renewable energy sources, like solar and wind power.

An equally energy-intensive process to indoor cannabis farming and electric vehicle usage is Bitcoin mining, which is the process of using high powered computers to solve computational problems that create more Bitcoin. As the crypto currency is expected to see dramatic growth in coming years, the need for its mining is pivotal. What many people don’t consider while on the topic of cryptocurrency is that it comes with the expense of high electric rates, as it increases the need for electricity.

Bitcoin poses a threat to efforts being made to create a zero-emission future. According to Cambridge researchers, it is likely that the cryptocurrency uses around 121.36 terawatt hours (tWh) a year– and the industry is growing. The chart below from BBC reveals that the amount of electricity it takes to mine Bitcoin is more intensive than the electricity used in all of Argentina. 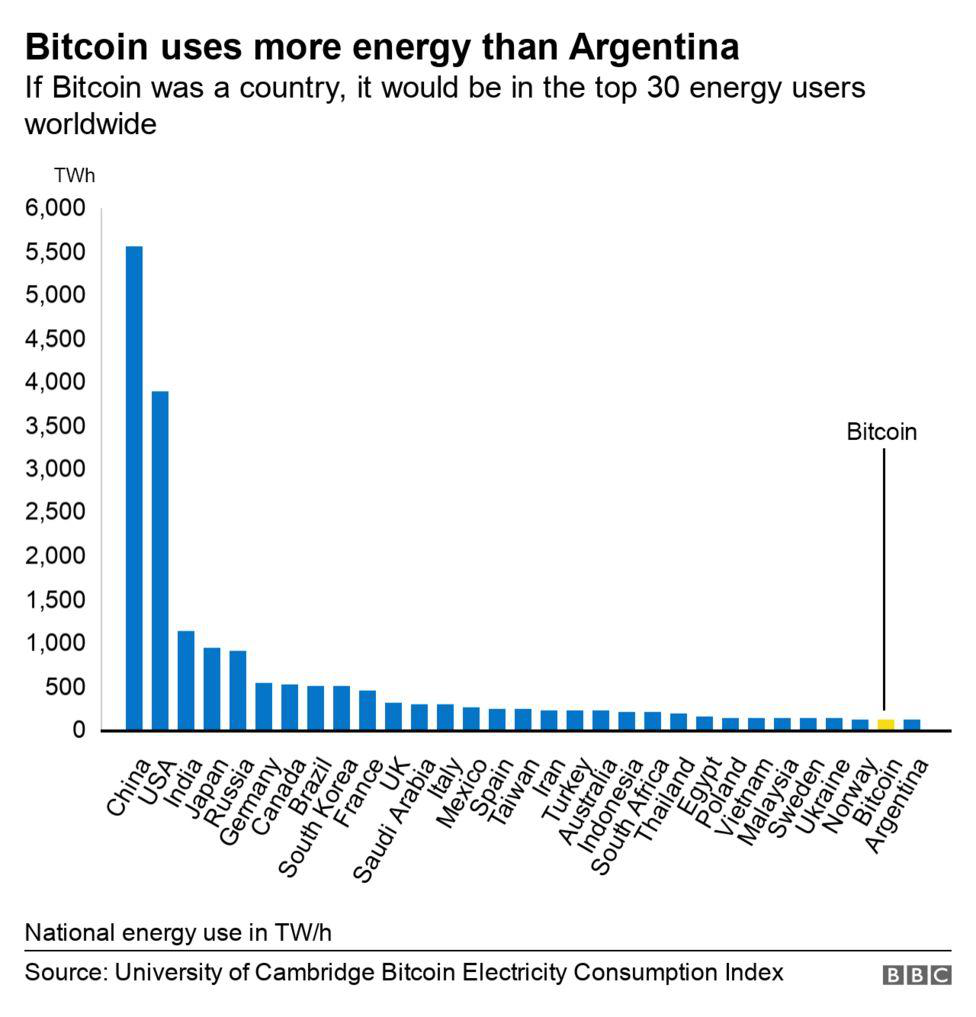 Bitcoin and other cryptocurrencies are largely reliant on fossil fuels due to the high volume of energy they require through such complex and intensive computer systeming. As market demand for Bitcoin increases, as does the use of its mining, which catalyzes increased electricity. In turn, this creates a surplus of greenhouse gas emission. The table below shows energy types used by cryptominers across the several regions.

Fitting It All Together

Bitcoin, electric vehicles, and marijuana cultivation alike all play a pivotal role in exaggerating cost pressures on the New England power grid. Together, the three show not only the rapidly changing and technologically advanced society in which we live, but also the importance of understanding how much we rely on electricity. The higher we push for electric demand, the less reliable it has become. This calls for the importance of implementing renewable energy sources to provide more environmentally friendly, reliable electricity.