As more states legalize the use of cannabis for recreational and/or medicinal purposes, it is important to recognize the impact these technological and economic changes have on electric rates. In Massachusetts and across the country, energy consumption has spiked as a byproduct of advancements to cultivate marijuana. While cannabis farming has inarguably revolutionized modern society, it nonetheless has increased the demand for electricity varying per state, depending on where the drug is legalized. Increased demand leads to price surges for electricity, which can be especially detrimental to states like Massachusetts where electric rates are already notably high.

12% of Americans identify themselves as “current users” of marijuana. The multi-billion dollar industry saw a 67% increase in sales in the year 2020 alone– even when the country was locked down due to the pandemic and there was less frequent shopping, marijuana dispensaries still saw an increase in the number of orders and order sizes. These findings are indicative of the growing demand for cultivation of the plant. 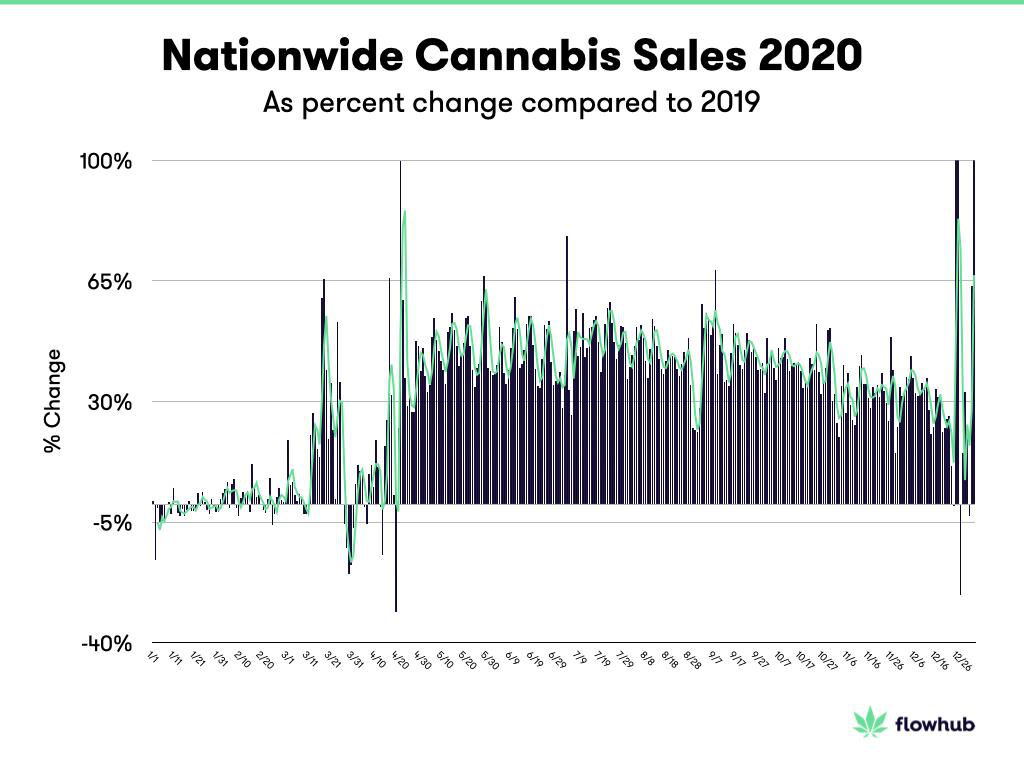 As the usage of hemp and CBD gain in popularity, there are caveats to marijuana farming: a large one being the copious amounts of electricity used to farm the plant, especially in indoor-settings. In the states where cannabis is legal, electric consumption usage for its growth has continued as a problem. Indoor production of the plant is said to consume 2,000 to 3,000 kWh of energy per pound of cannabis. Furthermore, indoor plant cultivation produces greenhouse gas emissions of between 2,283 and 5,184 kilograms of carbon dioxide per kilogram of dried flower. The figure below shows energy usage in an indoor growing facility. 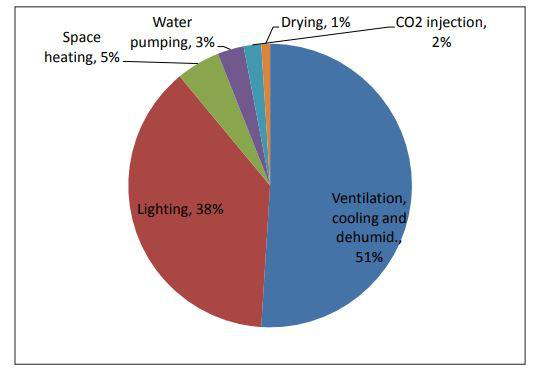 Indoor cannabis cultivation allows for farmers to have a more controlled and organized area to grow their plants. Temperature, light sources, humidity, and CO2 distribution can be completely regulated in an indoor environment, as weather conditions do not impact the health of the plant. In this regard, indoor farming can be more profitable. However, upkeeping an indoor farm is extremely energy-intensive because it requires strong lighting and thorough heating/ventilation systems in order to maintain proper lighting and other weather conditions at all times.
In Massachusetts, indoor cannabis farms are responsible for roughly 10% of industrial electricity consumption, according to a representative from the Northeast Sustainable Cannabis Project. The Cannabis Control Commission of Massachusetts has approved 1.1 million square feet of property for indoor marijuana farming, but only 285,000 square feet for outdoor farming. This means that there are nearly four times more approved square feet of indoor space than for outdoor space used for marijuana cultivation, which ultimately contributes to the further surge in electricity prices. As of 2018, the Massachusetts Department of Energy Resources said the amount of energy needed to power lights in just 660,000 square feet of indoor farming would undermine the effects of the DOER’s efficient energy initiatives. Experts estimate that electricity for marijuana production accounts for 1% of all electricity consumed in the country, as of 2018.

According to the Energy Information Administration, the average commercial/business price per kilowatt hour is 16.14 as of 2019. As utilizing 3,000 kWh nears almost $500, and an ounce of marijuana costs $340 in Massachusetts, cultivating a single pound of marijuana could bring a company almost $6,000 in retail revenue. Clearly, indoor marijuana grow rooms come at a high cost for both electricity consumption and revenue.
As electricity is deregulated in Massachusetts, high electric rates due to cannabis grow rooms seem counter to the existing liberal laws pertaining to energy and the climate. According to Sanford Lewis, a council member for the Northeast Sustainable Cannabis Project, as the cannabis sector is anticipated to triple in size in the coming years, the impact indoor grow rooms could have on the environment could undermine Massachusetts goal of “reducing greenhouse gasses emitted.” Therefore, it is critical that state legislators are called on to allow industry growers to follow organic practices. For helping to mitigate expenses and electricity usage (and therefore the spike in greenhouse gas emissions), the use of organic farming methods are quintessential. Indoor farm owners are also relying on customized microgrids where cultivation is legal.

When there is an increase in electrical demand, more electrical sources must be found and offered by utility companies: this is expensive, and can cause an increase in electric rates. In the state of Massachusetts, marijuana cultivation can play a role in increasing energy prices because electricity consumption is on a higher demand. This could cause a problem for public utilities, city officials, and residents, all of whom pay electric rates at a premium compared to the rest of the country.
Massachusetts has seen a continuous rise in electric rates due to a variety of reasons such as national grid pipelining and the need to upkeep with demand. As demand increases, utility companies must buy larger quantities of electricity and storage. These impacts are heightened by mass marijuana farming, as it increases the need for electricity. Below is a table showing the increased electric prices in Massachusetts throughout almost 10 years. These prices are expected to grow at an upward rate.

In understanding the impact of marijuana cultivation, it is important to acknowledge the role indoor growing rooms have on how we consume energy and what it does to our electric rates. Due to the high costs of what it takes to farm cannabis and the large amount of energy it requires, it is safe to say that state-wide efforts to produce the plant run counter to efforts to reduce electricity consumption and emissions.