Electric rates vary depending on a number of factors, including geographic location, industry trends and market changes, as well as time of year. While rates vary, one thing is certain: the average American spends hundreds or even thousands of dollars a year on electricity. One study found that between five and 22 percent of a family’s after-tax income is spent on paying energy bills in the United States.

On average, a US resident pays 13.19 cents per kilowatt hour (kWh). What’s more, according to the U.S. Energy Information Administration, July and August are the leading months in high energy consumption due to sweltering heat causing the need for increased air conditioning. There is also a wide price discrepancy depending on where you live, and for New Englanders, monthly electric bills are remarkably expensive.

According to the US Chamber of Commerce, Northeast residents pay 44% above the national average for electricity, and almost 30% more for natural gas.

After Connecticut, which pays 21.62 cents/kWh (up 5.6% from the previous year), Massachusetts has the highest electric rates in the country, followed by Rhode Island and New Hampshire. Massachusetts residents pay 21.11 cents/kWh, seeing almost a 14-percent increase in cents per kWh between April 2020 and 2021. These rates are only projected to increase as electricity demand rises. The figure below shows the average Residential Price
(cents per kWh) for Investor-Owned Utilities in New England in 2019 across all rate categories. 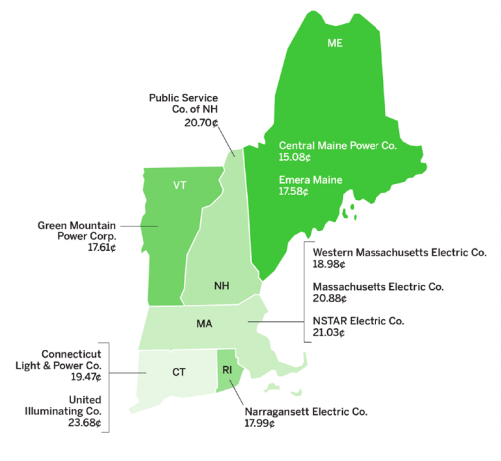 There are several reasons for New England’s heightened electric rates.

A leading reason for high electric rates in New England is the region’s lack of energy-producing natural resources, such as coal and natural gas. The majority (68%) of Massachusetts energy supply comes from natural gas, while 4% comes from coal, according to the U.S. Energy Information Administration.

Fossil energy is not evenly distributed in the US, which causes a spike in prices in the states where it is lacking. Transportation costs supplement much of the high pricing, as gaining access to natural resources does not come cheap.

Another explanation for high electricity prices in New England is deregulation. Before 2000, utility companies could create their own electricity for profit, until deregulation laws took effect in order to prevent monopolization. While deregulation was adopted to increase efficiency in energy transmission and distribution, deregulated states on average pay a higher rate of cents per kWh in both residential and commercial sectors, as shown in the chart below according to the US Energy Information Administration.

Although deregulation promotes lower electricity prices through increasing competition, it has contributed to spiked prices in states where natural gas is not easily accessible (like Massachusetts) due to the volatile prices of obtaining and distributing natural gas.

What Is Being Done?

In response to the region’s lack of natural resources for energy, there has been a tremendous increase in demand for renewable energy sources in New England. There is a need for government regulation to ensure clean energy sources, especially in states where natural sources are less accessible. 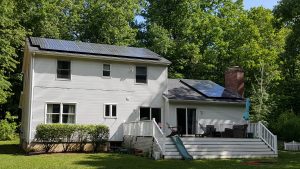 Joe Biden’s newest energy policy calls on the US government to greater commit to clean energy sources. Funding for clean energy will be made possible through taxpayer money inserted into government corporations, and incentivizing private companies to switch to renewable energy sources and new technologies by providing tax breaks.

Making the Switch to Solar 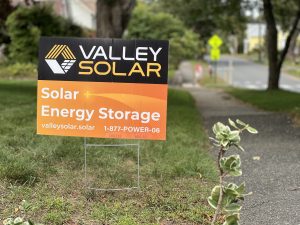 How much money you save in switching to solar panels depends on a variety of factors, one of the biggest being how much you originally spend on electricity. Local electricity rates play the biggest role in determining how much money you can save when you switch to solar panel energy. Thus, in a state like Massachusetts where
electric prices are already notably high, switching to solar could ultimately save you a lot of money or potentially even minimize your electricity bill to zero dollars.

However you choose to go about combating expensive electricity rates in Massachusetts, it is important to not face it alone. Valley Solar is equipped in helping to provide the expertise and knowledge necessary to make informed decisions regarding making the switch to solar energy, as well as educating as to why electricity rates have increased in recent years in the state.