How Solar Storage Batteries Can Lessen the Duck Curve

How Solar Storage Batteries Can Lessen the Duck Curve

With more solar storage batteries in every home, we can lessen the infamous duck curve, save people money, and do our part to create a more sustainable future. Haven’t heard of the duck curve? Let us shed some light.

The impact of solar on the electrical grid

We know that solar energy is better for the planet and our wallets, but we don’t often talk about the impact of solar on the daily output patterns of the electrical grid. Why would we? Well, it turns out solar’s impact on the electric grid is important. 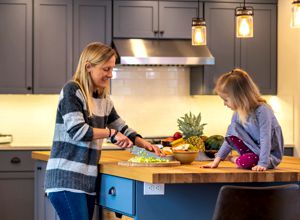 Most home electricity use occurs in the morning as people get ready for their days and then again in the evenings when they return home, have dinner, watch TV, etc. The midday hours naturally see a drop in home energy use because of less activity at home. That’s a predictable pattern electrical grids have relied on for decades. It helps them determine how much energy to put into the grid when.

But over the last 10 years, more people have adopted solar energy, which creates electricity when the sun is up, causing the already low need for midday power to drop dramatically. 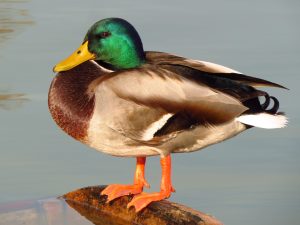 This daily dip in midday energy use is known as the Duck Curve—imagine a graph with an upside-down bell curve where the line begins level in the early morning hours, dips like the shape of a duck’s belly midday, and then sharply rises as night comes to look like a duck’s long neck.

The duck curve’s dip and steep rise cause electric companies stress as they adjust their output to the needs of the community during a 24-hour period. In other words, in the middle of the day, electric companies turn the power available through the grid down low, but as evening arrives, they need to ramp up the energy so quickly it’s like going from 2 mph to 50 in a matter of seconds in the family SUV. Not good on the plant or its infrastructure. Power outages and black outs can happen.

While solar energy is the culprit of the Duck Curve, it also is the remedy. Solar storage batteries come to the rescue by storing the energy made by solar panels during the day and dispersing that energy throughout the home at night. This allows homeowners  to power their homes more efficiently with solar, and it minimizes the abrupt climb electric companies must endure every
evening. 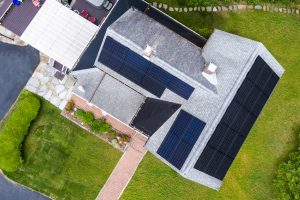 Obviously, to really smooth out the curve, more people must invest in solar storage batteries, which are available to purchase during the install of your solar panels or afterwards. With a slew of solar incentives in the New England states, like zero-interest loans, tax credits and incentives covering up to 80% of the cost, solar storage batteries not only help customers more efficiently power their homes and businesses at night and during black outs, they do a huge part in in easing the burden on the grid.

Valley Solar installed among the most battery systems in Massachusetts in 2021, and we’d be more than happy to connect with you about adding them to your system.